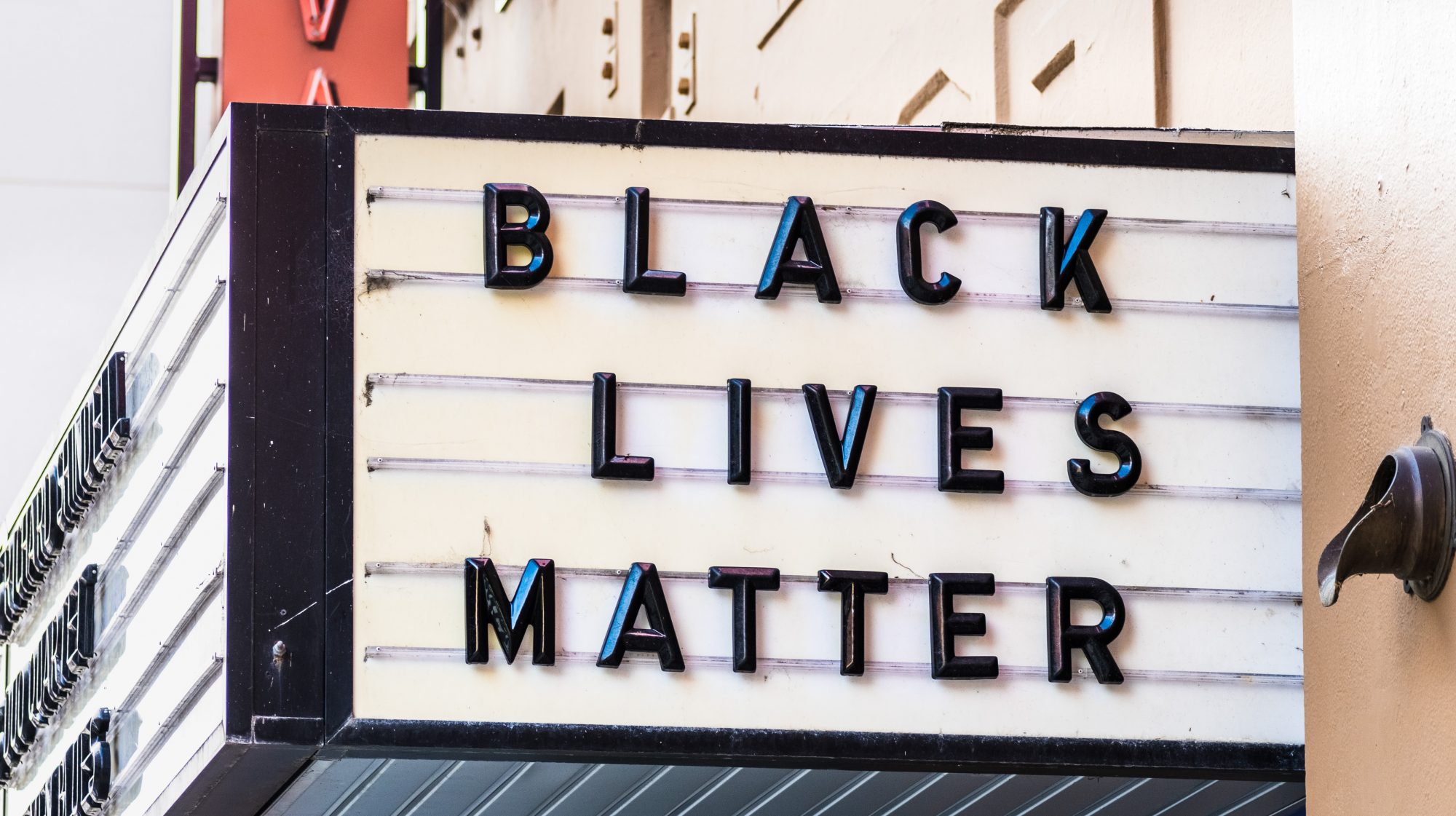 Yes, its the weekend, again, and time to review the best new movies and television shows, added online, to Hulu, Netflix and Amazon Prime. And there’s some good stuff out there, so let’s get started!

The best new add on Hulu is Judy, the 2019 award-winning biopic. Renée Zellweger stars as the legendary Judy Garland, and though the movie starts with Garland’s earlier grueling life as a child star for MGM’s Louis B. Meyer(Richard Cordery), most of this movie covers her life on the other side of that success, in the 60‘s, when money is short, and so she travels to perform onstage in London. Bella Ramsey and Lewin Lloyd star as her two children by third husband, Sid Luft(Rufus Sewell), and Finn Wittrock, Jesse Buckley, Michael Gambon and Darci Shaw also star, while Rupert Goold directed. This is based on Peter Quilter’s play End of the Rainbow, which did well on Broadway in 2012, and the movie premiered at Telluride Film Festival, 2019. My one complaint if that Zellwegger he never really disappears into her role here, you can always tell it’s a performance, albeit a good one. And she won multiple awards for her portrayal here, including SAG Award, BAFTA Award, and the Academy Award for Best Actress. And the movie gets an 82% on Rotten Tomatoes. Alison Williams of Vulture wrote, “saying that Renée Zellweger will definitely get an Oscar nomination for playing Judy Garland in Judy is not the same thing as saying Renée Zellweger is good as Judy Garland in Judy.” But still, it’s on my list. Hulu also offers Cosmos: Possible Worlds, season 3 of the rebooted science series with host Neil DeGrasse Tyson. Here, the American Museum of Natural History astronomer takes us on a tour of the universe and the solar system, with one whole episode devoted to the Cassini 20 year mission to Saturn. And Ann Druyan, Emmy-winning co-writer of the original series and widow of Carl Sagan, directed 7 episodes and wrote this new series, as well. There’s even an episode visiting the New York World’s Fair of 2039. There are 2 episodes available now, with 13 expected in all. And it gets an amazing 9.2/10 on IMDb. I’m definitely tuning in. Hulu has also newly added FX’sA Wilderness of Error, a buzzy new docu-series on the MacDonald murder case. Based on the 2012 book of the same name by award-winning documentary director Errol Morris(The Fog of War) that covered the case of Jeffrey MacDonald, an Army surgeon and Green Beret convicted of murdering his wife and children in 1970, with Morris, a former private investigator, convinced that MacDonald didn’t do it. But here, director Marc Smerling turns the tables on Morris, and also questions him. This is all brought to us by Blumhouse Productions, which usually deals in horror like Insidious. But if this series makes any point, it’s that productions like these usually begin with a presumption of guilt or innocence, including Smerling‘s previous series The Jinx. Which may be the reason he made this series, because he says it’s popularity “made me a little uncomfortable, ” and that it was exploited. so this show offers no obvious answers. But a lot of questions. And it gets a 7.3/10 on IMDb. Not my sort of show, but you may like it. And, finally, Hulu has added The Haunted, a 2018 British horror movie. Here, Sophie Stevens plays Emily, a caregiver who arrives at a creepy secluded house, to care for an elderly, bedridden man, Arthur(Nick Bayly), who also suffers from dementia. But Arthur is seeing things that aren’t visible to Emily, so she investigates. Not a good idea. Maggie Daniels, Kirstie Steele, Virginia Denham and Ray Macallan also star, and David Holroyd directed. And this has no rating on IMDb or Rotten Tomatoes(not a good sign), but the Decider says “SKIP IT!” But if you need horror…..

The most exciting new add on Netflix this week has to be Enola Holmes, the 2020 mystery movie starring Millie Bobby Brown(!). Here, Brown stars as Sherlock Holmes‘ teen sister, determined to find her missing mother(Helene Bonham Carter), who raised her to be independent and self sufficient. It doesn’t help that she’s put under the patronizing care of her two older brothers, Mycroft (Sam Claflin) and Sherlock(Henry Cavill), who want to send her to finishing school. So she sets off to find the clues, and solves other mysteries along the way. Louis Partridge, Fiona Shaw, Adeel Akhtar and Frances de la Tour(!) also star, with Harry Bradbeer directing. Millie Bobby Brown also served as producer on this movie! It gets an astounding 92% on Rotten Tomatoes and Brian Lowry of CNN writes, “based on the charms of Enola Holmes, Netflix should be eager to keep this game afoot as long as its stars are willing to keep playing.” I agree. Encore, Encore!! I am definitely tuning in. Netflix has also added Sneakerheads, a 2020 comedy series. Allen Maldonado plays Devin, a down and out stay at home dad, gets back into his sneaker addiction when he meets up with an old pal, Bobby (Andrew Bachelor). Together , they go off in search of different collectible shoes, like AirJordan zeroes, with his wife Christine (Yaani King Mondschein) not so excited about his lapse back into sneaker mania. Jearnest Corchado, Brian BaumGartner(!),Matthew Josten, Justin Lee and Aja Evans also star, and there are 6 episodes available now to stream. The cast is wonderful, and the show is really funny at times, even if the series does run out of steam for the last few episodes. Rebecca Nicholson of the Guardian writes, “the best moments are Devin, Bobby and whoever has attached themselves to them, rolling around the city, riffing on their dreams. For outsiders, it is all fairly niche and insular, but if you are a sneakerhead, this is custom-made for you.” And it gets only a 40% on Rotten Tomatoes, but a 6/10 on IMDb. You decide. Netflix also newly offers The School Nurse Files, a 2019 South Korean fantasy/ghost series. Jung Yu-mi stars as Ahn Eun-young, a woman who has special powers that help her see “jellies,” what’s left behind when someone dies, so when she’s assigned to a new school where mysterious things occur, she is the perfect solution. She has a light saber, and Hong In-pyo(Nam Joo-hyuk), a friend who is a classical Chinese teacher to help her fight the ghosts. Lee Joo-young, Teo Yoo, Lee Suk-hyung, Moon So-ri and Jeon Gook-hwan also star, with 6 episodes available now. And the series gets a 7.1/10(!) on IMDb. I’m watching. Netflix also has the exciting new doc Kiss the Ground, narrated by Woody Harrelson. here, directors Joshua Tickell and Rebecca Harrell Tickell(The Big Fix) put forth the argument for regenerative farming, a practice that regenerates topsoil, aids in biodiversity, and hopefully, absorbs carbon from the atmosphere. Now, I’m not totally sold that this would solve climate change, it would certainly help, as degraded soil and the chemical pesticides used on it help to add carbon to our atmosphere and worsen climate change. And people like Jason Mraz, Patricia Arquette, and Ian Somerhalder help argue the case. And the movie gets a stunning 8.5/10 on IMDb. Certainly worth a view. And, finally, Netflix has added My Mother’s Wound, a 2016 Turkish mystery/drama. Bora Akkaş stars as Salih, a 18 year-old who goes in search of his family upon leaving the orphanage where he’s spent his life. He gets a job on a farm, where he finds a home and belonging, but the surviving pull to uncover the shadows of his past may be more self-destructive than he knows. Mehmet Ergen, Meryem Uzerli, Ozan Güven, Belcim Bilgin and Sabina Toziya also star, while Ozan Açıktan wrote and directed this film. It won the Audience Award at the 2016 Austin Film Festival and won the Sadri Alisik Cinema Award at the Sadri Alisik Theatre and Cinema Awards. And it gets an incredible 7.6 on IMDb. It’s based on real events of the Bosnian War, and Franziska Welzel of Kinozeit wrote, “Ozan Aciktan creates a valuable Turkish drama that is through personal and social conflict is impressive.” I’m watching.

Amazon’s biggest add this week has to be Utopia, Gillian Flynn‘s new dystopian series. Here, a bunch of teens, played by Desmin Borges, Ashleigh LaThrop, Dan Byrd,Jessica Rothe, Javon “Wanna” Walton, go in search of a legendary graphic novel, Utopia, that could bring an end to the pandemic gripping the planet. That’s right, it’s not Covid, but a deadly flu, that requires hazmat suits and a rushed vaccine. John Cusack(!), Sasha Lane, Rainn Wilson(!), Christopher Denham and Farrah Mackenzie also star, with Toby Haynes, Susanna Fogel and J.D. Dillard serve as directors of the 8 episodes included in Season 1. But this is dark, super violent and filled with conspiracy theories, not my favorite fare. And it’s a remake of a 2014 British series that was much better. This one only gets a 5.7/10 on IMDb. I’m not watching. But Amazon also has Judy, the 2019 biopic described above. So if you don’t have Hulu and want to catch Renée Zellweger’s award-winning performance, here’s where you can do it. And, finally, Amazon has added The Girl in the Fog, a 2017 Italian murder mystery. When a 16 year-old girl disappears in a remote town of Avechot, in the Italian Alps, Special Agent Vogel(Toni Servillo)who creates media sensations, is called in. But when Vogel falsifies evidence, against an arrested local school professor, Loris Martini(Alessio Boni), he is freed, and who committed the crime is again in question. Jean Reno(!), Lorenzo Richelmy, Galatea Ranzi and Michela Cescon also star, with Donato Carrisi directing. Carissi won Best New Director at the David di Donatello Awards in Italy for his work here. And the film got a 6.8/10 on IMDb. I’m watching. I love a mystery.